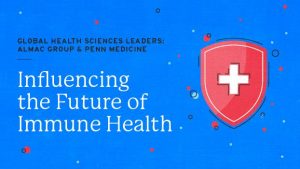 Award-winning professional coach Kathleen Fanning, PCC, would love to connect with fellow members to get to know you and to build professional connections and referrals.

Named ICF Ireland’s Career Coach of the Year, Kathleen’s 25 years of experience in Business, Higher Education and Public sector have led her around the world, but she is now happily based in Tipperary.  She is offering complimentary 30 minutes to  ‘pause and reflect’ on your goals and intentions for the rest of 2022.

Click here to set up a time to meet: https://invest-in-yourself.coachesconsole.com/calendar/ireland-us-connecting

END_OF_DOCUMENT_TOKEN_TO_BE_REPLACED

Imvax to sponsor & participate in Taking on Cancer: How the Philadelphia region is leading the fight against the deadly disease

The Greater Philadelphia has thousands of people — doctors, scientists, business executives and more — who go to work every day with a mission to make life better for those touched by cancer. The Philadelphia Business Journal has assembled nine of them to discuss the region’s cancer ecosystem.

END_OF_DOCUMENT_TOKEN_TO_BE_REPLACED

News from the Cork Chamber

– Customs and regional infrastructure is vital to continued growth-

Cork Chamber are pleased to welcome the commencement of operations at the Port of Cork’s new €86m Container Terminal in Ringaskiddy tomorrow.

Commenting on the announcement, Paula Cogan, President, Cork Chamber said, “This significant moment for Cork will build upon the already strong trade links between the Port of Cork and the US, and ultimately bring some peace of mind in the context of the global supply-chain and international trade instability we are facing.”

“This strategic enhancement for our city region and country highlights the value of our marine infrastructure. It is now vital that the Government supports border and customs inspection infrastructure at the Port, alongside the enhanced delivery of M28 in order to facilitate this continued expansion, advance connectivity, and signal to investors the visionary and globally competitive nature of Cork.” 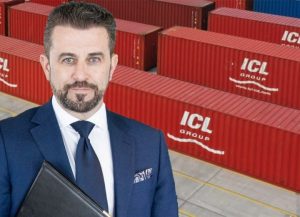 Port of Cork Company celebrates a significant milestone as the €86 million Cork Container Terminal (CCT) becomes operational in Ringaskiddy this Saturday 23rd, April. It represents the largest single investment in marine infrastructure in its history and the largest investment of any Irish port over the last 100 years.

The Port of Cork Company‘s new Cork Container Terminal in Ringaskiddy, billed as the largest investment of any Irish port in over a century, will commence operations this weekend. .

The long-awaited launch of CCT will enable the semi-state company to more efficiently handle containers and potentially increase trade and facilitate regional and national economic growth.

CCT will initially handle ICL‘s Cork to US service as well as the weekly Maersk Costa Rican service as Port of Cork continues the process of relocating its deep-sea trans-ocean cargo business to the site.

“This is a proud and monumental milestone for our people and our business. CCT is the largest investment in our 250 year history,” said Conor Mowlds, chief commercial officer. “It’s a pivotal project in our strategic efforts to enhance and future proof our offering which will position Cork as an international gateway for trade.”

Port of Cork reported traffic throughput of 10.5m tonnes in 2020, and the terminal forms part of its long-term strategic effort to enhance and futureproof its offering while positioning itself as an international gateway for trade.

Some 35 of the company’s top customers from industries such as medtech, pharma, IT, chemical and agri-food account for €145m of manufacturing output, and support over 45,000 jobs in the south-west region.

The CCT launch takes place a day after Rosslare Europort announced plans to turn the port and its environs into a renewable energy hub for offshore wind, aligning with existing development plans as part of a total combined investment of €350m.

The new U.S. patent titled “Methods of Treating Fabry Patients Having Renal Impairments” is directed to a molecule comprising migalastat bound to an alpha-galactosidase A protein and expires in 2038.