Taoiseach Micheál Martin is holding his first Cabinet meeting in Dublin Castle tonight after the new members of Government were formally appointed and received their seals of office from President Michael D Higgins.

Earlier today, he unveiled details of the new coalition Cabinet during a sitting of the Dáil in Dublin’s Convention Centre. He has also revealed his 11 nominees for the Seanad.

The three party leaders carved up the 15 cabinet seats in a six-six-three Fianna Fáil-Fine Gael-Green Party split, with two Ministers of State (so-called “super juniors”) also sitting at the table. 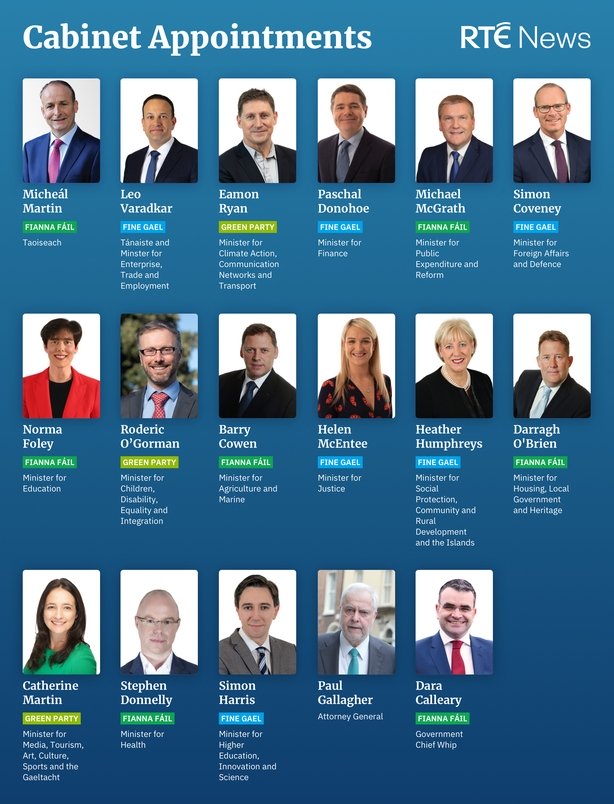