The Encyclopedia of Greater Philadelphia

Irish (The) and Ireland
By William E. Watson

Contacts between the Philadelphia region and Ireland began in the late seventeenth century, shortly after the creation of Penn’s colony. Long a part of the urban fabric of Philadelphia, Irish Catholics endured nativist assaults of the Bible Riots of 1844 and did not see one of their own become mayor until  James H. J. Tate, who served from 1962 to 1972. By the twenty-first century, the Irish continued to exert significant cultural and political influence in the region, especially in South and Northeast Philadelphia and in surrounding suburban counties.

See reference below to the Irish Chamber. 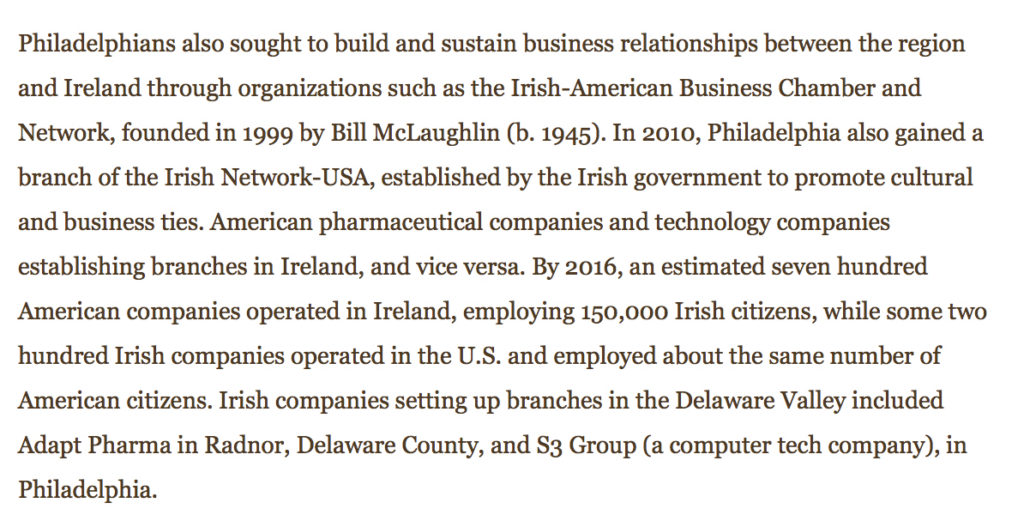